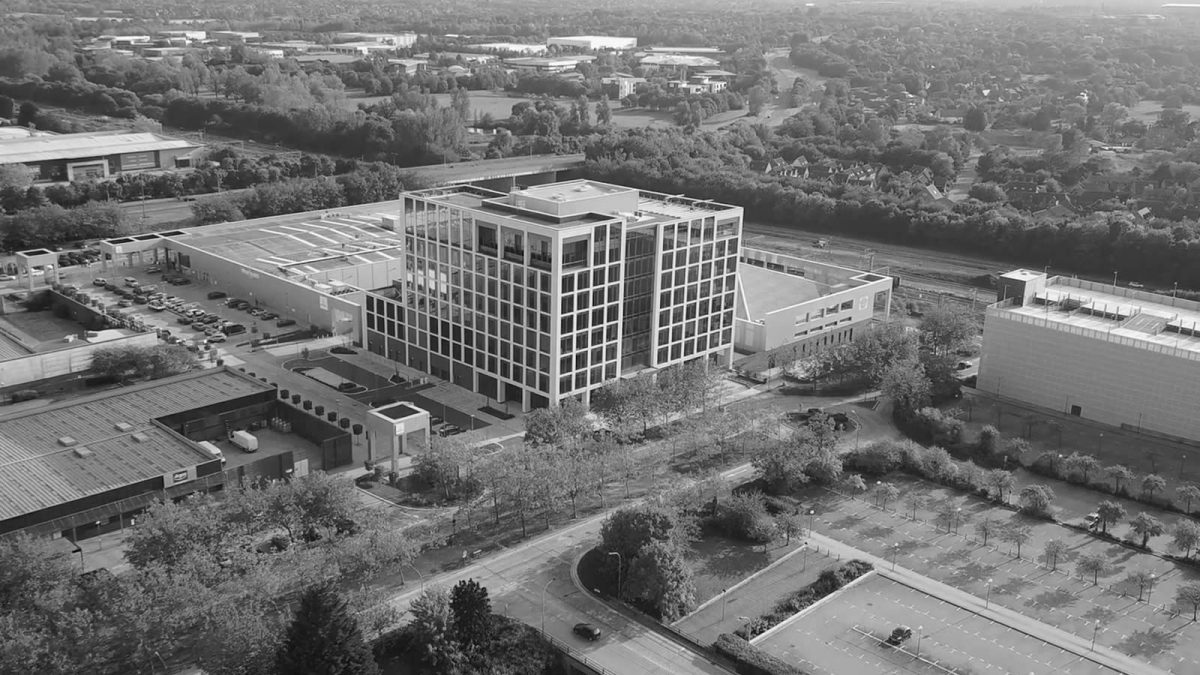 100 Avebury Boulevard in Milton Keynes is a superb addition to the Milton Keynes office market. Perfectly positioned for all its clients, in close proximity to the city centre and Station Square with its growing number of amenities and convenience stores. MK Central is just 3 mins walking distance and provides regular train services to London Euston (30mins) and Birmingham (40 mins). It has taken the AW James team nearly 5 years from purchase of the site in 2015 to developing and completely letting the offices of the building. We have just 3500sq ft of retail space on the ground floor remaining as of May 2020 and are in discussion with a well-known Café Restaurant group who might hopefully be able to commit to a new lease in the near future.

The site was previously known as the Plaza and was home to a nightclub, bowling alley and ice- skating rink. The site was demolished to make way for a new Morrisons 80,000 sq ft superstore which completed in 2014. The ice-skating rink was fully modernized and redeveloped leaving just a 2-acre site to be further developed. AW James agreed to buy the land from Abbeygate Helical in 2015 and began liaising with local architects to get their thoughts and views as to what else they could see developed on this site.

Local architects: Peter Haddon and Partners encouraged us to redesign the site for Office and Retail use, consisting of a ground floor for retail with 7 floors of office space above. Planners were extremely pleased with their initial presentation and in June 2016 the design and planning process started. We eventually received full planning permission in August 2017.

Tender submissions were received from 4 large contractors, all of whom believed that a full height atrium with panoramic lifts was an unnecessary extravagance and would result in building costs well in excess of £30M. The integrated 7 level carpark would also provide some added complexity to the project and several contractors responded with offers of getting close to our budget by reducing the size of the atrium to double or triple height.

We had some very tough decisions to make and were assisted by GSSllp based in Kettering, who acted as our Employers agent and Quantity Surveyors. GSSllp helped initially by reviewing the two closest tendering contractors. They then met with our main architects PHP to review the scheme and identify further value engineering opportunities, and negotiations took place with our preferred choice contractor to bring the project in on budget.

The contract was eventually awarded to Galliford Try in November 2017 and works started in January 2018. We chose Galliford Try because of their enthusiasm and positive attitude towards the project. We visited some excellent comparable schemes in the locality, and all were finished to a very high quality. Both the architects and Galliford Try with the support of Ridge Consultants would put in a great deal of effort into creating this impressive and sustainable building. One of the main objectives was to ‘enhance the local landscape’ and another was to ‘provide plenty of opportunity for our future tenants fit out’. The team were extremely professional and very capable of delivering our project close to budget (£29Million).

CBRE and Avison Young, large multi-national agencies, became involved at a planning stage to help provide advice on the design of the building and would be responsible for attracting and negotiating deals with new clients. AW James came across Blast Marketing agency of London, having visited a very successful scheme in Reading called Forbury Place (a Galliford Try Building) and their company would end up designing the hoardings, website, brochure material and managed a targeted email campaign.

Works began on site in Jan 2018 and within 6 months we had SPACES making enquiries. They became very interested in 35% of the buildings office space and were keen to make a deal quickly to secure the use of two large terraces on the third floor. The deal was signed by October and our agents told us that this was the largest single letting in Central Milton Keynes for 5 years.

A deal followed swiftly with Shoosmiths who would agree to a lease of the entire top floor and as such, would benefit from some very impressive double height windows, terrace and views across the Milton Keynes skyline.

The information and Technology company Aiimi were introduced to us by a local agency Harrison Gate and were immediately impressed by the buildings central location, and were convinced that a relocation from London would help their business by making it easier for staff to commute to work and provide a more central location to meet with clients. A well-designed building with state of the art and diverse supply of Data provision has also meant super-fast and reliable Broadband from a choice of providers.

Our final office deal agreed was in January this year with Xero taking the remaining 56,000 sq ft which took the building to fully let shortly after practical completion. We look forward to seeing their fit out works which are due to start soon and to welcoming their start of occupation in September.

SPACES have almost completed their initial fit out and are offering private office and meeting rooms that can be hired for short term use and with a great many amenities such as fully serviced network events and co-working space. They also offer access to a private lounge and café on the ground floor. Please contact Scott on 0800 756 2509 to arrange a site visit.

We would like to say a huge thanks to everyone that has been involved from Concept to Delivery of 100 Avebury Boulevard and hope that our Management team Dexter Brown and AW James will provide the very best client support. 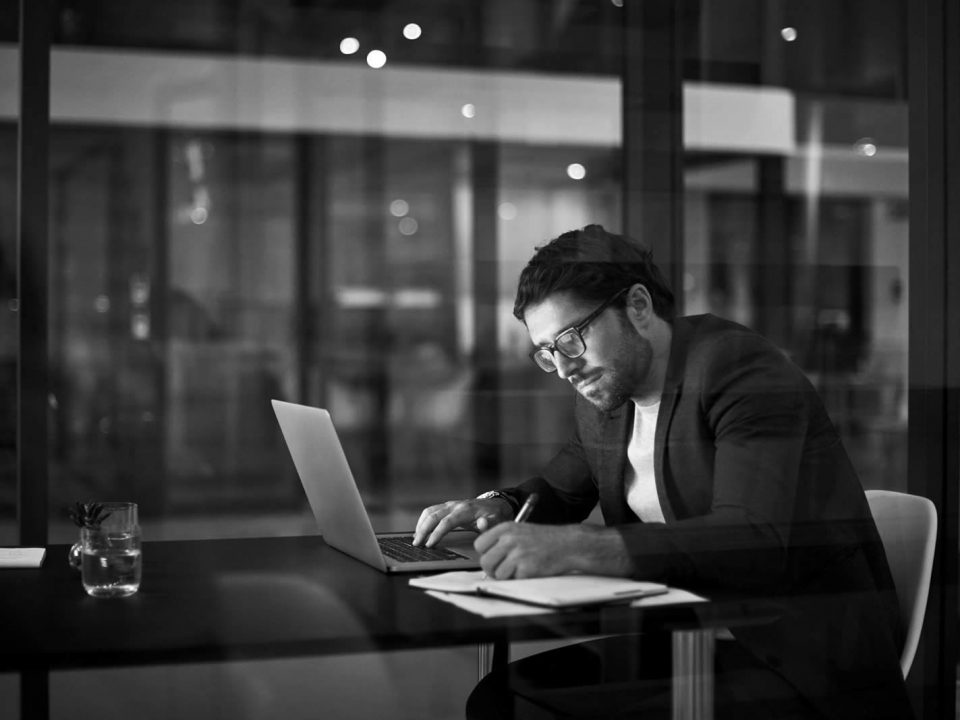 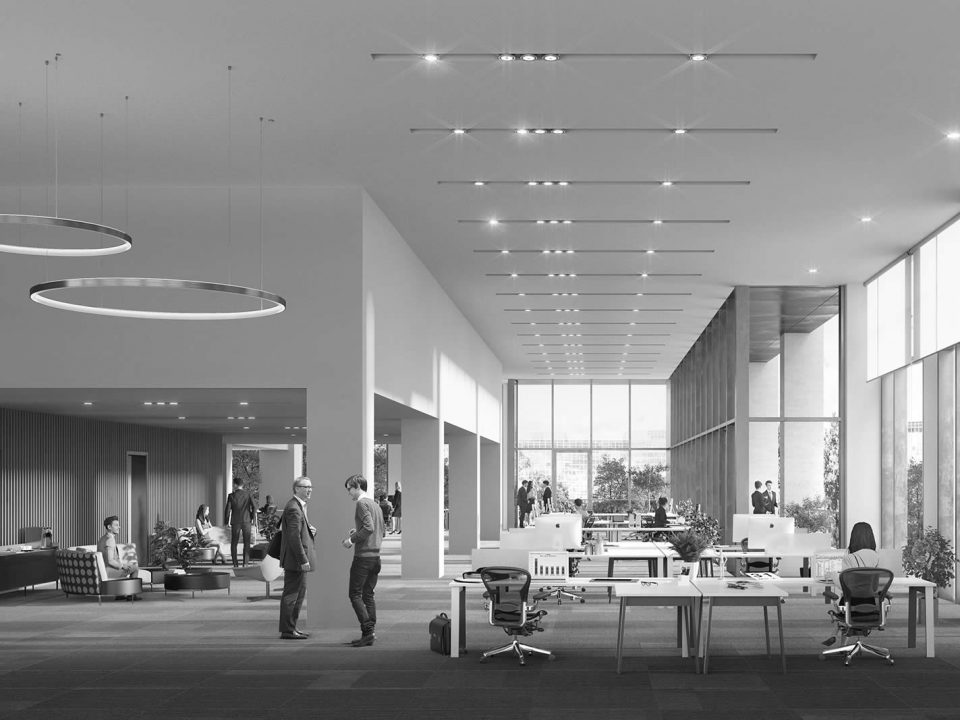 Aiimi move their HQ from London to MK 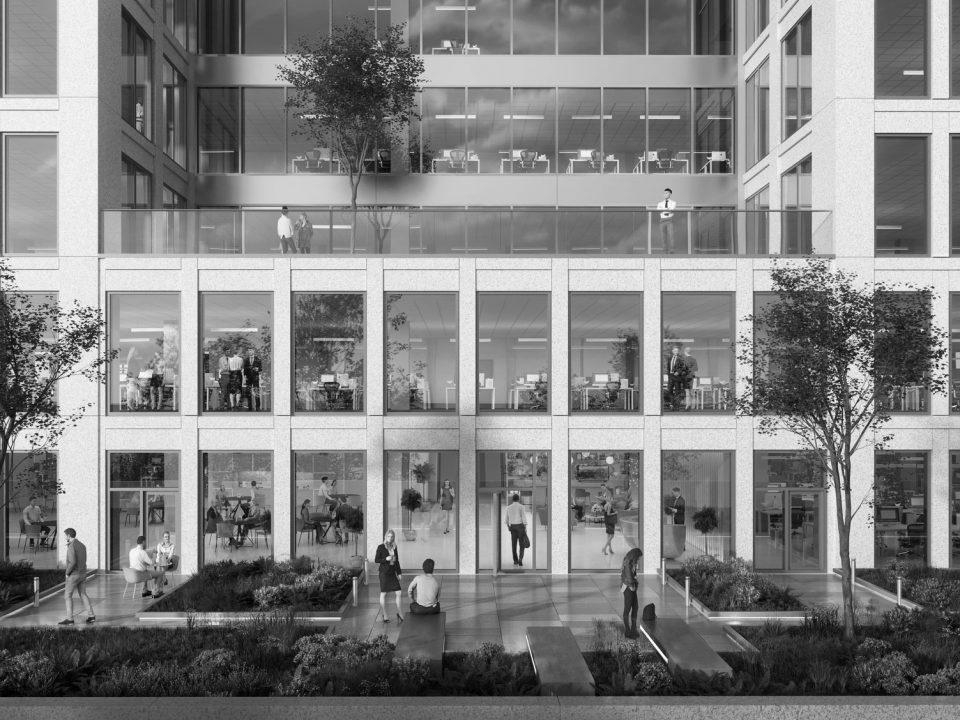